The LEGO® Serious Play® coaches in Shirute's network are world-renowned, with years of experience in creating and developing People Experiences and strategies for businesses internationally. Our coaches continuously update their own expertise with trainings and certifications.

We have been collaborating with Inthrface in creating CX Play®, our application of LEGO® SERIOUS PLAY® for developing people experiences. Inthrface's facilitator training in the LSP methodology has been endorsed by one of the founders of the methodology. 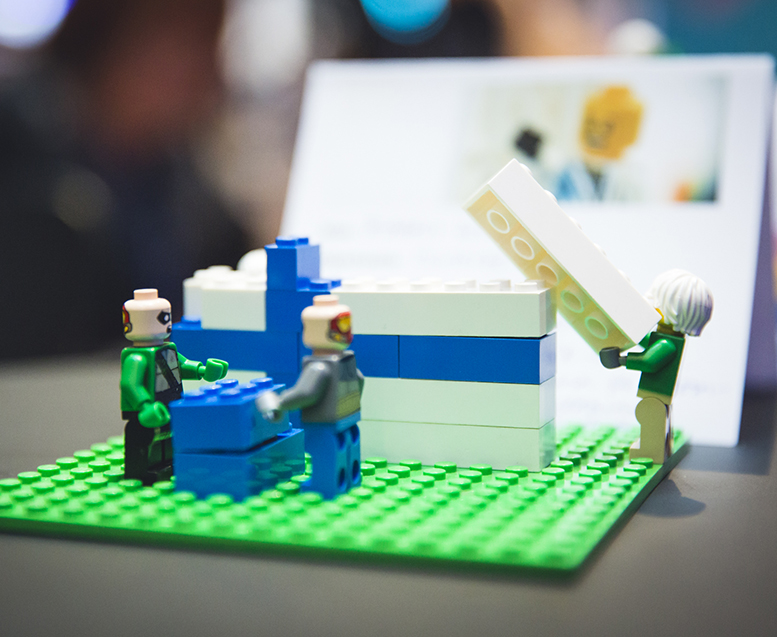 "The CX Play workshop gave us a really nice boost to kick off our year as a newly established organization and helped people from different teams to get to know each other a bit better. Lego Serious Play offered us a fun way for innovating and exploring different solutions to these challenges together."

Read full case
Back to top

Sirte Pihlaja (CCXP, Trained Facilitator of LEGO® SERIOUS PLAY®) is the CEO of Shirute Ltd, the first customer experience agency in Finland. She is an internationally recognised CX/EX expert, coach, keynote speaker, designer and strategist with over 25 years of experience in advising large corporations and brands in various industries and countries.

Sirte is the leader of CXPA's Finland network, member of the International Advisory Committee and one of CXPA's founding members. She was one of the first Europeans to have been certified as a CCXP.

She has written two books on on people experiences, one of them a global best-seller.

When Sirte is not playing with LEGO bricks with her clients, she is passionately championing CX in the Nordics, South-East Asia and beyond and is a familiar face in international CX Awards juries and conference stages.

Sirte Pihlaja was recently recognised as a TOP 150 Global Customer Experience Thought Leader. The CXPA has also awarded her the Extra Mile Award. 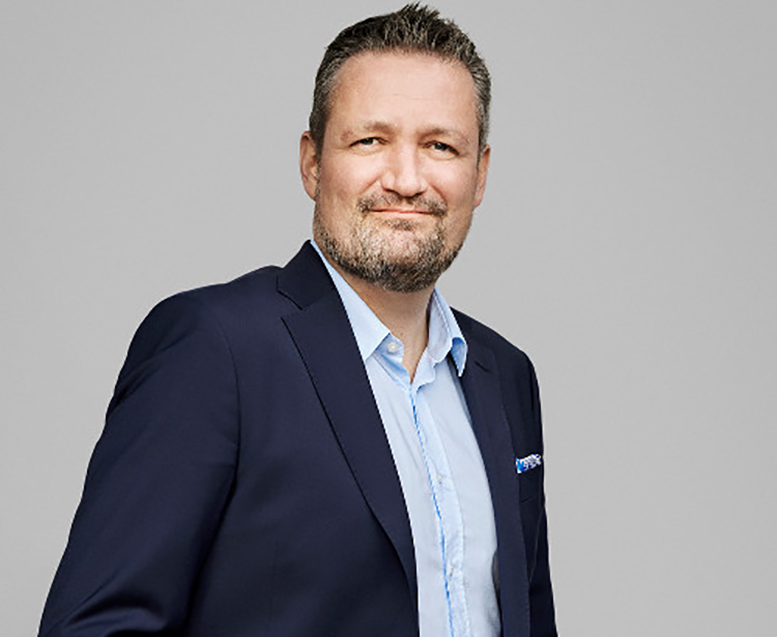 Micael Buckle (Chief Executive Trainer in the  LEGO® SERIOUS PLAY® method) is the founder and CEO of the consulting company Inthrface.

Micael was initially certified in the LEGO® Serious Play® method at LEGO Company
in 2003 and he has done more than 800 workshops globally.  Additionally, he trains and certifies other trainers at Hotel LEGOLAND in Denmark, United Kingdom and United States.

Micael has for several years collaborated with the co-inventor of the LEGO® Serious Play® method Professor Johan Roos about researching and developing the method and new applications. Micael is also a part time Adjunct Professor at Hult & Ashridge International Business School.

Strengthen and broaden
your organisational understanding 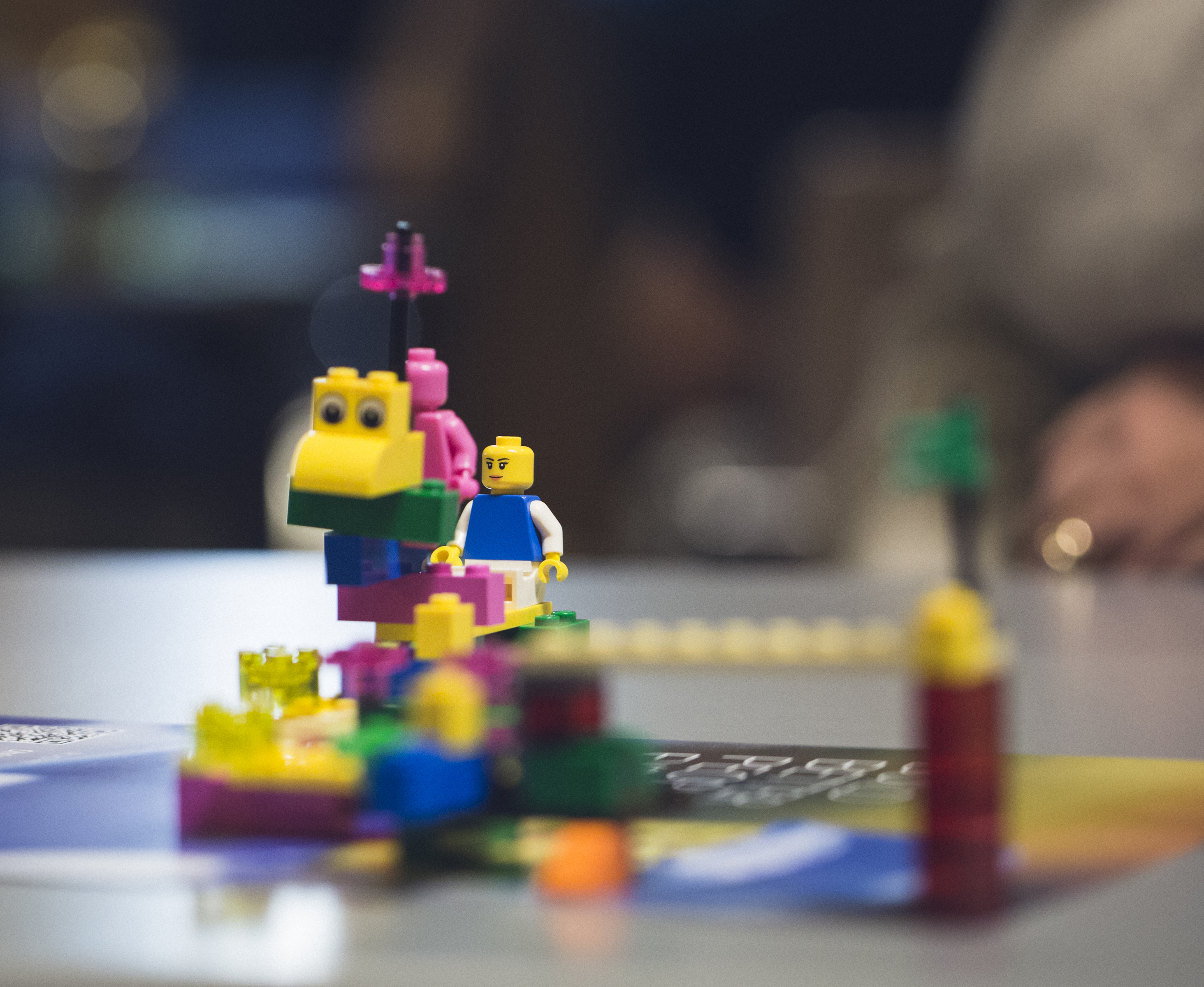 "Lego Serious Play is very refreshing, fun, and overall challenging to my skills and abilities, as well as thinking. The physical Lego building is very rewarding."

Here are the answers to some frequently asked questions:

What is LEGO® Serious Play®?

LEGO® Serious Play®is a facilitation methodology developed at the Lego Group. Since 2010 it is available under an open source community-based model. Its goal is improving creative thinking and communication.

The LEGO® Serious Play® method challenges your critical thinking in the most enjoyable way possible. It has been developed to ensure that organisations are able to problem solve as a team.

What can LEGO® Serious Play® be used for?

What do we need to play seriously?

Stakeholders. Legos. Open Mindedness. A trained LEGO® Serious Play® facilitator to make sure you get the best out of the bricks.

What is the background of this methodology?

Johan Roos and Bart Victor created the "Serious Play" concept and process in the late 1990s as way to enable managers to describe, create and challenge their views on their business. Dr. Roos is now Chief  Academic Officer at Hult International Business School and Dr. Bart Victor is Cal Turner Professor of Moral Leadership at Vanderbilt University. They created Serious Play while they were both professors at IMD in Switzerland.

Anything else you want to know?

The best way to learn about LEGO® Serious Play® is to experience it. Please do not hesitate to contact us for an introductory workshop or any additional information.

Back to top
We use cookies to ensure that we give you the best experience on our website. If you continue to use this site we will assume that you are happy with it.OkNo
Revoke cookies